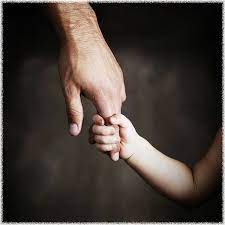 “Father’s Day” honours fathers and fatherhood as well as the influence of fathers in society. In Catholic countries of Europe, it has been celebrated on 19 March as Saint Joseph’s Day since the Middle Ages.

The first celebration of “Father’s Day” in America took place at a YMCA  in Spokane, Washington on June 19, 1910.  Sonora Smart Dodd, a Christian woman born in Arkansas, told her pastor that fathers should have a holiday honouring them after hearing a Mother’s Day sermon in 1909.  Her father, Civil War veteran William Jackson Smart, was a single parent who raised his six children after their mother died when Sonora was 16 years of age. Although Sonora initially suggested June 5, her father’s birthday, for “Father’s Day”, the pastors in Spokane did not have enough time to prepare the sermons, and so the celebration was deferred to the third Sunday of June.

Once Sonora began soliciting the idea of an official Father’s Day, she met some opposition and even derision, but she persevered. Although a bill was introduced in Congress in 1913, it was not until 1972 that it was made an official national holiday in the USA.

In Canada, while not a public holiday, Father’s Day or Fête des Pères is also celebrated on the third Sunday in June.

The Bible does recognize a special place of honour for men who were leaders or examples of excellence in certain skills. There is Jabal who was “the father of those who live in tents and raise livestock” and his brother Jubal, who was “the father of all who play the harp and flute” (Genesis 4:20-21). When Abram’s name was changed to Abraham, God told him, “I have made you a father of many nations” (Genesis 17:5), clearly indicating fatherhood as a place of honour in His eyes.

Fatherhood, through God Himself, can be found in countless scriptures (Matthew 5:45; 6:9,32; Romans 1:7; 15:6; 1 Corinthians 8:6), and through Jesus Christ, the Son, who honoured His Father and the will of His Father (e.g., John 17:1 and John 17:5). The apostle Paul said that to honour one’s earthly father is not only a commandment but when obeyed, has a promise: “Honour your father and mother—which is the first commandment with a promise—that it may go well with you and that you may enjoy long life on the earth” (Ephesians 6:2-3).

In light of these verses, and many others, it would seem to be perfectly God-honouring to celebrate a day in which fathers are honoured. Ultimately, we have the freedom to celebrate or not.