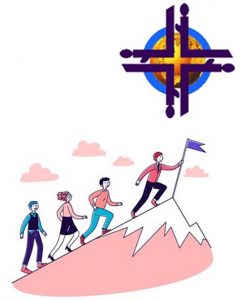 In the early 1900’s, women were classically depicted as the keepers of hearth and home.  Only 20% of women were “gainful workers” including 5% of married women. Over the last century, stigma attached to paid work for women changed.  New technologies required clerical workers – jobs that seemed to be clean and safe.  High school education became available for the masses, and women slowly felt encouraged to seek the training needed for specialized employment. The economic comfort of “two-income” families became the status quo, especially for mothers of baby boomers who had worked during WWII. The women’s movement in the ‘60’s, confirmed that many women found pride and confidence from working outside the home. Despite all these changes, women are still ‘undervalued’ compared to their male counterparts.

Gender equality in business means there is the same treatment and access for both male and female employees for opportunities and advancement including pay raises, preferred jobs, promotions, and inclusion in decision-making processes.

Women’s participation in the workforce has been increasing in the last few decades now making up close to half the labour force in Canada (47.4%) yet there are still major inequities in how men and women are treated at work.

Women disproportionately shoulder caregiving responsibilities which means more women take on part-time work over their male counterparts (27% of working Canadian women cited childcare as the reason for part-time work choices).  And while statistics indicate that females are as educated or more so than male counterparts, a full-time working woman can expect to make $0.89 for every dollar her fellow male employee earns.

There is also disparity in the representation of women in the public and private sector.  Women comprise 63.3% of the workforce in the public sector but only 45.1% in the private sector. And in terms of leadership, only 3.5% of TSX-listed Canadian companies had a woman CEO as of July 2019.

Speaking to my daughters on this subject, one offered the following thoughts:

What can we do?  It begins with education on gender bias, both in the workplace and in our families and communities.  Within the workforce, providing flexible work options, striving to create standardized pay for all workers, and establishing mentoring programs for all will be the foundation for an equitable workplace environment.

Prayer: Loving God, we pray that workers are recognized fairly for their value in the workforce based on effort and merit alone and in this way, create healthy work environments for all employees.  Amen.