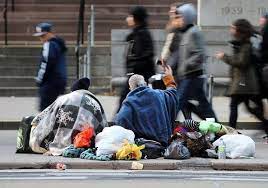 Homelessness is a major public health issue that affects over 235,000 Canadians annually. Increased mental health morbidity, crime, victimization, and physical health morbidity are factors often associated with this demographic. Limited attention has been given to the differences in these factors with respect to forms of temporary shelters.

The Canadian Observatory on Homelessness (COH) defines homelessness as “the situation of an individual, family, or community without stable, safe, permanent, appropriate housing, or the immediate prospect, means and ability of acquiring it.” Under this definition, in 2013, it was determined that over 30,000 Canadians were homeless on any given night and at least 200,000 Canadians experience homelessness in surrounding years (Gaetz, 2013). Additionally, in this same time frame, as many as 50,000 Canadians may have been couch surfing (hidden homeless) on any given night (Gaetz, 2016).

To help understand the dynamics of the homeless population, one can examine the categories existing in three housing circumstances:

1) Unsheltered – living on the streets or in places not intended for human habitation. These include cars, parks, and sidewalks.  Of the 30,000 estimated to be homeless in Canada on any given night in 2016, 2880 were unsheltered.

3) Provisionally Accommodated – people who are homeless whose accommodation is temporary or lacks security of tenure, including transitional housing, couch surfing, or living in institutional contexts without permanent housing arrangements. Of the 30,000 estimated to be homeless in Canada on any given night in 2016, 4,464 were homeless but housed in hospitals, prisons, or interim housing.

In Canada, though the median length of stay in emergency shelter is approximately 50 days, most people are homeless for less than a month (29% stay only one night), and manage to leave homelessness on their own, usually with little support. For these people homelessness is a one-time only event (Gaetz, 2013).  People who are chronically homeless (long-term) or episodically homeless (moving in and out of homelessness), form a smaller percentage of the overall homeless population, but at the same time use more than half the emergency shelter space in Canada, and are most often the highest users of public systems. Based on the estimate of the total number of homeless people who use shelters on an annual basis (200,000), the following numbers of chronic, episodic, and transitionally homeless persons in Canada were projected: 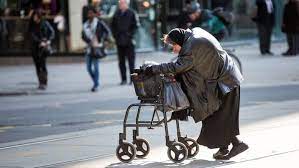 Accommodation options commonly provided by public and private institutions to those experiencing homeless include supportive housing, which provides permanent housing for individuals to live independently; transitional housing which acts as a bridge between permanent housing and emergency housing with a limited duration of a few months to a few years; and emergency housing, which is the primary response to homelessness, providing temporary housing and various resources.

Concerns, beyond accommodations, and all warranting attention, have been associated with homelessness. These include individual impacts on mental and physical health, crime victimization and financial support required to support forms of housing for the homeless population.

Homeless women are significantly more likely to experience mental health problems, including depressive disorders, anxiety, psychosis, personality disorders and drug and alcohol abuse than women who are not homeless. [Nyamathi, 2000]

Physical health morbidity, controlling for sociodemographic characteristics, multiple logistic regression analyses revealed that unsheltered women had over three times greater odds of fair or poor physical health than sheltered homeless women. Substance abuse, compared to the general population of women, rates were four times higher for an alcohol use disorder, and 12 times higher for a drug use disorder.

As of 2013, homelessness cost the Canadian economy $7.05 billion per year, greater than the 2018 GDP of P.E.I, Nunavut, Yukon, Northwest Territories, and over 40 sovereign nations around the world. (Gaetz, 2013) Results from the At Home Chez Soi (AHCS) project were published in 2017, and indicated that housing the “hard to house” in Canada costs, on average, $53,144 per individual. This included persons struggling with homelessness and mental illness.

Prepared by Harold Hunter for his 2021 undergraduate thesis – Life Sciences – McMaster University.  Harold is the son of Janet MacFadyen – our WICC communications specialist and Toronto field rep for WDP.