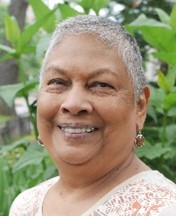 This group was established in April 2008 by The Commission on Justice and Peace during a strategic planning process that identified human trafficking as a common interest among several member churches. The first meeting of the group was held by conference call on November 5, 2008. In January 2016, the group changed its name to Sexual Exploitation in Canada Working Group to reflect the group’s focus on and commitment to issues surrounding sexual exploitation.

The purpose of this group is to lead an ecumenical response to sexual exploitation as a justice and human rights issue affecting primarily women, youth, and children.

In our program plan for the 2021 -2024 triennium, we identified the following:

          Theological reflection on the roots of sexual exploitation will lead to common understanding of our work.

          Furthering our analysis of and commitment to addressing the systemic nature of racism in the sex industry. Indigenous women are being murdered; racialized women, youth and girls are targeted in the sex industry. There is a growing awareness of the need for racial justice. The Black, Indigenous and People of Colour will benefit if we take action on the connections between racism and sexual exploitation.

This Working Group includes members who have been working on the issue of sexual exploitation for many years and are able to lead action on this important injustice that many are reticent to challenge. We are able to offer advocacy, education, and calls to action as they arise.

Our group is made up of representatives from various denominations with leadership from Co-Chairs: Diane Dwarka and Deb Stanbury and Staff, Michelle Miller (7 hours a week).