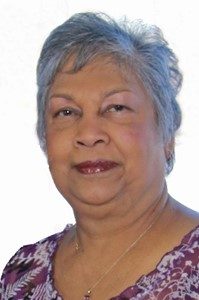 Below, is a condensed version of a phone conversation between Diane Dwarka, WICC President and Janet MacFadyen, Communications Specialist for WICC. In addition to her role as Women’s Inter-Church Council of Canada president, Diane is a mother, grandmother, community volunteer, fan of Canada Reads, two-time president of the Community Legal Education Association, and a Commissioner of Human Rights.

Diane: Hello, Janet. It’s nice to speak with you today.

Janet: Thank you, Diane. You as well. Let’s dive into the questions, ok? The first one is …. when did you get involved with the Women’s Inter-Church Council of Canada?

Diane: Around 2003, the year I retired from the Manitoba Education Library. As an information specialist, I had been involved in research projects …. especially in the areas of multiculturalism and social justice.

Janet: Diane, that sounds like an interesting part of your life, and such useful knowledge pieces for your roles with WICC. Please share with me how you got involved with this organization.

Diane: For many years, I have attended World Day of Prayer (WDP) services, both in Trinidad and Canada. When newly arrived in Winnipeg, the international planning group was the women of the Caribbean. I helped locate a speaker, and it went on from there.

Janet: When, and how, did you become a WICC board member?

Diane: I was impressed with the World Day of Prayer, and decided to learn more about the organizing group. First, I made inquiries through the United Church, and then I researched the WICC website. In 2011, I was elected as a council member after submitting an online application.

Janet: Before becoming WICC president in 2018, what leadership roles did you assume?

Diane: I led the nomination and membership committee. As well, I led an informal social group.

Janet: I know that you are also a dedicated member of WICC Winnipeg. Tell me more.

Diane: I’m a past president of this group, and still serve on Council. Now I mostly help with WDP. For our city’s WICC 100th events, I was on the advisory committee. We had a very nice celebration! The Winnipeg Free Press featured us in an article.

Janet: I’m always impressed when WICC events are featured in the main stream media. Well done! Diane, of course I know that you are the current WICC president. I’d like to know more about your involvement with this tremendous organization.

Diane: I am the WICC rep to The Human Trafficking Working Group of the Canadian Council of Churches now called the Sexual Exploitation Working Group. Deb Stanbury and I are the co-chairs. For 2018, a big accomplishment was the publication of a very useful, user friendly resource entitled: Sexual Exploitation in Canada: A Leadership and Learning Kit for Churches.

Janet: This is important work, Diane. Thank you for the efforts of your team. I read a report telling me that there are several ongoing research and advocacy priorities for this group surrounding sexual exploitation. They are looking at related gender-based violence and mutuality in relationships as well as contributing factors such as racism and poverty. The group is also examining the link between sexual exploitation, and missing and murdered Indigenous women and girls in Canada. Thursdays in Black continues to be a priority campaign.

Diane: Choose Change launched a campaign on targeted companies, and we had a win with Boston Pizza who have added filters to their public Wi-Fi.

Janet: Congratulations! That is progress. Diane, what gives you the most pride about WICC?

Diane: I’m very proud that WICC is over 100 years old. But we can’t stop now. There are challenges ahead, and some haven’t changed in over 100 years.

Janet: What do you think is important to keep WICC vital and strong?

Diane: I would like WICC to continue developing innovative ways to engage new women and men in the organization, and to continue strong communications about our projects.

Janet: That ties in so well with WICC’s mission statement: Empowering Christians to pursue justice, peace and reconciliation by standing together in prayer and action. Diane, how are you living out the WICC vision personally?

Diane: I look for ways to help restore women’s hopes. It really bothers me that young girls, especially, have been affected by the injustice of trafficking. In 2013, I co-chaired a national conference on human trafficking held in Winnipeg. As well, I’m part of a Monday night United Church group that pairs different Aboriginal and faith leaders to educate us on Truth and Reconciliation. A new friend, aware of my various activities and interests, had a request: “please tell me about anything coming up”.

Janet: That’s terrific, Diane. Personal connections can motivate people to get involved. We encourage friends to sign up for We-Connect and follow our Facebook page to stay connected throughout the year.

Janet: WICC offers World Day of Prayer Grants. There is a strict vetting process to ensure that approved projects align with the teachings of all our denominational partners. Approved programs support women in the following areas: violence against women, economic justice, health, education, racism and peace. How can we continue to educate ourselves about related issues?

Diane: We have to be conscious about the society we live in today. Develop awareness. Recently, to educate myself, I attended an Islamic Conference – Striving for Human Dignity on Friday, March 15. The keynote speaker, a doctor, was to address the topic of psychological trauma. Given the events of the day in New Zealand, the message shifted. Hope and Love became the center pieces.

Janet: How has your involvement with WICC impacted on others?

Diane: It’s part of my being. I carry it with me always. As a volunteer at Winnipeg’s Canadian Museum for Human Rights, I meet all kinds of women. I’m always encouraging them to attend World Day of Prayer.

Janet: I understand congratulations are in order for you, Diane. You are receiving a 1000 hour volunteer pin from the museum. Yes? Well done!

Diane: Yes, thank you. It’s a terrific place. The Museum for Human Rights is the only national museum outside of Ottawa.

Diane: When readers have time, I would encourage them to examine a wonderful collection of resources that address social injustice issues for women on our WICC website. 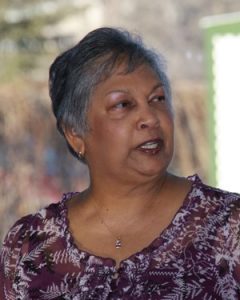 Janet: Great suggestion. Restore: Ending Violence Against Women is certainly one of the most valuable collections I’ve read.

Janet: Diane, I’ve enjoyed talking with you today. Thank you for bringing your experiences and skills to this leadership role on the WICC board.