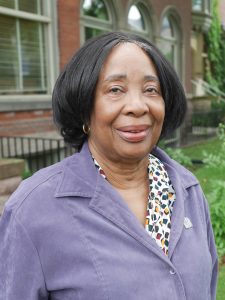 On Jan. 28, 2021 the Nellie McClung Foundation introduced the 150 Manitoba Women Trailblazer Awards to salute the contributions that Manitoba women have made to social justice, arts, sports, politics, education, community activities, and promoting democracy while developing this great province. The awards honour Nellie McClung’s trailblazing spirit by recognizing these incredible women leaders, so many of whom are University of Manitoba alumnae, faculty, and friends.

Dr. June James, BSc (Med), MD, OM and WICC Board Alumnae was named as one of the recipients.

Dr. James was born in Trinidad and Tobago, and moved to Manitoba in 1960.  She completed her bachelor’s degree in science in three years, and was accepted to medical schools in the United States and Canada. Dr. James chose the University of Manitoba and became the first Black woman admitted to the University of Manitoba School of Medicine. Following graduation, Dr. James gathered specialist training in paediatrics, and allergy and clinical immunology. She was inducted into the Order of Manitoba in 2004, and named Physician of the Year in 2000, and a Woman of Distinction in 1981.

Dr. James has contributed widely to many aspects of community and church life and is a fine example of a person who has an impact in Canada and beyond.  Among her many contributions are her volunteer efforts with the Manitoba Museum and founding member of the Harambee Housing Co-Op.

We are grateful to the years that June spent as a board member for the Women’s Inter-Church Council of Canada.