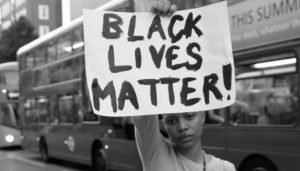 In the last sermon Martin Luther King Jr. preached before he was assassinated, he said “remain awake through a great revolution”.  We are seeing a great revolution today. Are we awake? Are we seeing that the killing of George Floyd started a worldwide revolution? “BLACK LIVES MATTER” has become a mantra for justice.  Some of us who live in Canada do not acknowledge that racism exists but for those of us with black and brown skin, we know that systemic racism and police brutality is a reality.

Systemic racism is embedded in our society. Black Loyalists who settled in Nova Scotia during the 18th century, long before the founding of Halifax, were promised “freedom and farms”.  Instead, they encountered white settlers who saw them as inferior and  were forced to live on the most inhospitable land. However, many chose to stay in Nova Scotia and persevered. Strong communities such as Africville were established, an important symbol of Black Canadian identity. In the 1960s, when a new bridge was being built, Africville was demolished and the  people were relocated. 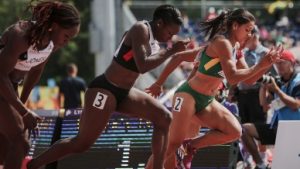 There are countless examples of Black individuals being subjected to racism. Some stories are shared primarily amongst family and friends while others reach the attention of a larger community.  One of the latter belonged to Khamica Bingham, a Canadian track and field athlete who specialises in the 100 metres. She was approached to have her picture on the cover of a running magazine after a 2015 win, but later was told she did not fit their look. Instead they put a white athlete on the cover. (Go to CBC Sports Panel on Racism: Marketing Athletes & Having ‘The Look” for the full interview with Khamica and other athletes.)

Today, many Black Canadians are speaking out about how they have been treated. In The Skin We’re In, journalist Desmond Cole looks at what it’s like to live in Canada as a Black person. His book chronicles Cole’s personal journalism, activism, and experiences.

So, do Black Lives Matter? Yes, they do. I pray that my brothers and sisters across this country will become part of the solution.  Let us all act; let us stand together and speak up and work in support of anti-racism-today, tomorrow and every day.

I have many Black friends who are worried about their children’s future. Will they be treated fairly, or will they be treated unfairly because of the colour of their skin?  Will, for example, my son or father or nephew or husband be harassed during unwarranted traffic stops? (For recent related story, read “Ottawa man pulled over says officers need more training”.)

The Bible affirms that all are created equal and all bear the image of God. Jesus preached about discrimination and commanded that we love our neighbour as ourselves and to not judge others based on how they look.

Prayer:  Jesus, you see people as precious and valuable. Help us to see our own prejudices so we can seek your repentance. Guide us to act in ways that lead to true justice. You created us all in Your image so help us to love our brothers and sisters regardless of colour. Amen.