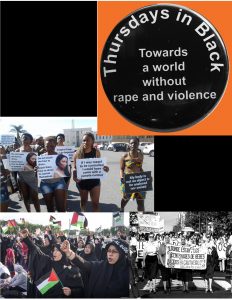 ‘’But, you are the chosen race, the King’s priests, the holy nation, God’s own people, chosen to proclaim the wonderful acts of God, who called you out of darkness into His own marvelous light’’.

1 Peter 2:  verses 9 and 10 were the scripture texts selected  for the 2016 13th World Assembly of the World Federation of Methodist and Uniting Church Women in Houston Texas, USA as women from around the world uplifted the theme:  ‘’Chosen People, Called to Proclaim’’.

On the Thursday morning of the assembly, groups of women from the South Pacific, Latin America, Africa and some of the other 67 countries arrived in the hall of the Hilton-Americas to begin the day’s event, singing, clapping, laughing and dancing.  Every one of them was wearing black:  dresses, sashes, scarves, head coverings. Kaftans, and hanboks flowed and swirled.  The international president, from Australia, immediately understood and everyone was on their feet as a true show of solidarity on that Thursday. This was a beautiful, exciting, and overwhelming way of calling our attention to Thursdays in Black.

Why/What is the Thursdays in Black Campaign?

The Thursday in Black Campaign grew out of the World Council of Churches Decade of Churches in Solidarity with Women (1988-1998) in which the stories of rape as a weapon of war, gender injustice, abuse and violence were shared. There were several inspirational movements by women:

Why wear black?  Why should we care?

In every country, gender-based violence is a tragic reality.  A violence that is frequently hidden and victims are often silent, fearing stigma and further violence. In these COVID-19 times, the UN Women report indicates that acts of violence against women and girls have risen, particularly domestic violence- this ‘Shadow Pandemic’ is insidious.  Clearly, help lines and shelters and other avenues for aid have been hampered by COVID-19.  We hear God calling us to work with each other to affirm human dignity, rights, and needs of all. Gender-based violence can be experienced in many ways: domestic violence and rape; date rape; rape as a weapon of war; trafficking of women and girls; female genital mutilation; child marriage and forced marriage; and ill-treatment of women and girls.

What you can do?

Join with others in the Thursdays in Black Movement campaign.  Dress in black; wear a pin to declare you are a part of the global movement resisting attitudes and practices that permit rape and violence. Show respect for women who are resilient in the face of injustice and violence. Stand in solidarity with all people who bear the scars of violence.   We are Called to Proclaim. 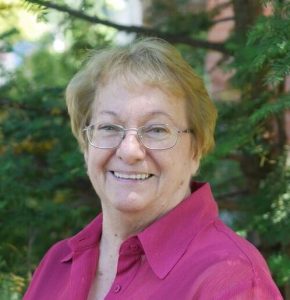 Prayer:  Holy One, as we nestle in the safety and comfort of our bubble may awareness encourage us to delve deeper into the fright and plight of others.  Guide our listening and learning.  We pray this in Jesus name.   Amen.

Thursday in Black pins are available from our WICC online store.