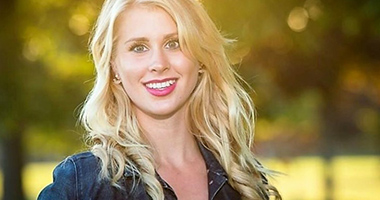 The environment has always held a special place in my heart. It is where my soul is healed from the stresses of reality and it is where I find God, fully present and fully visible, reaching to me in ecological stillness. Often I feel God draw close when I am immersed in nature, particularly around water, meditating to sounds of waves chattering over rocks.

Living off the shores of Lake Ontario, it has always been easy for me to find natural spaces to meditate in. Growing up in a rather picturesque neighbourhood, with the Lake Ontario bluffs out my kitchen window, whenever I wished to be with God in his creation I could. Living in such a beautiful area, with countless unearned privileges, I never had to think about the environment in any other way than it being a place for me to enjoy and for my spiritually to be explored. Not until my final years of university education did I realize that this was not the luxury nor the reality afforded to all Canadians. I can vividly remember sitting in a fourth-year environmental justice course infuriated, hearing in case after case the same story that the ability to enjoy a clean environment is conditional.

What we are seeing with the increasing news coverage on water issues in places like Standing Rock, Grassy Narrows, Flint Michigan and in Sarnia’s Aamjiwnaang community is certain people systematically placed at a disadvantage. In all of these examples, there is a pattern of industry locating in predominately racialized communities resulting in environmental disparities. It is the same story-after-story narrative I learned in my fourth-year course where human and environmental exploitation hinge on racial oppression and corporate greed.

Although we often imagine such corruption existing only outside of Canada, the Grassy Narrows First Nation in northern Ontario is one example of many to prove otherwise. Chalked with elements of colonialism, racism and corporate greed, Grassy Narrows’ history perfectly illustrates what we geographers call environmental injustice.

Since the 1960s, Grassy Narrows has been fighting the Federal Government to clean up their water system which was contaminated by mercury over 40 years ago. To provide some background, between 1962 and 1970 the Dryden Chemical Company expelled 10 tonnes of mercury into the English-Wabigoon River system. The devastation that came from this contamination was all-encompassing. Water and food sources became contaminated, community members fell victim to serious intergenerational health issues, and the economy suffered due to the contamination of the local fishery.

What happened in Grassy Narrows is the true Canadian reality. It is a much different picture than my own, having lived with secured rights to safe drinking water and unpolluted air. These rights that I have been afforded because I am white are ones we should fight for in all our communities. In no country nor community, particularly not in Canada, should the discourse of environmental degradation and injustice be synonymous with skin colour. God created the world with all its abundance to sustain us through life. Never was God’s gift to us reserved only for those who can afford it or for those who share my skin colour. Moving forward then, what are the steps to rectify this injustice and why is stewardship central to bringing change?

Well, we can consider starting at reconceptualising our idea of stewardship so that it better defines Christ’s love for the world.  What I have learned, and am re-learning through studying water crisis issues is that environmental stewardship has deep roots in social justice. Although it is easy to forget, our quality of life is intrinsically dependent on the environment. So when God calls on us to be stewards of the land, which he does in Genesis 1:28, he is also calling us to be stewards of one another. It is as much about protecting people and their right to the environment as it is about protecting the environment for its own sake.

With this new perspective, knowing the importance that environmental security holds for human life, we can start pursuing stewardship in more meaningful ways. For instance, we can do much more than congratulating ourselves on taking shorter showers, watering the grass less and turning off the tap when we brush our teeth. While these baby steps are certainly important, I encourage you to be mindful of your impact on the environment throughout all your daily activities, including being mindful of the products you use and the companies you endorse. It means reporting injustice when it is made evident to you, and calling or writing letters to governments to keep them accountable. For me, tackling injustice is done out on the streets in peaceful protests. This past June, I stood with thousands marching in downtown Toronto demanding that the government rectify issues in Grassy Narrows. Although it took 40 years of protests just like this one, on February 13, 2017, the Ontario Government released a statement honouring its promise to clean up the river.

From protesting to mindfulness to calling our local MP, there are many ways for us to push against injustice and be successful. My prayer for you, the reader, is that God will set a fire in your heart and use your hands as tools for helping others see the justice they deserve.

Kayla Ginter recently completed her undergraduate degree in Geography and Environmental Studies at York University. She is a socio-environmental justice advocate and activist. She lives in Ajax, ON.