It is with great sadness that we share the passing of Susan Murphy, our World Day of Prayer Shipping Coordinator since 2016.  In late March of this year, Susan began to feel unwell, and in April, she was diagnosed with cancer.  She passed away on Friday, June 14th at only 55 years of age.

“Sue burst into my life like a ray of sunshine.” This sentence was part of a funeral tribute letter written by Susan’s husband Sean. It captured her essence, and her love and joy for her family including children Keely (Ko), Glenn (Elizabeth) and Nolan.

Susan was a thoughtful and dedicated person. She took strength in her relationship with God, and enjoyed connecting with people.  In her position at the Women’s Inter-Church Council of Canada, Susan was a tremendous support to the staff team and the World Day of Prayer coordinators across Canada. We miss her big smile, efficient manner and caring presence.

“The strength of forgiveness and the weakness of hatred” is a life motto that hangs in her kitchen. 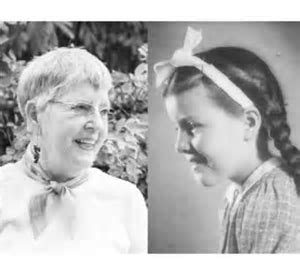 Gerardina “Dineke” Adriana (Hofman) Kraay passed away at St. Paul’s Hospital in Saskatoon on April 27, 2019 at the age of 84.  Dineke was born in the Netherlands, and moved to Guelph, ON in 1967 with her husband, Gerry, and their three sons. In 1974, they moved to Kemptville, ON, where their fourth son was born. Since 1987, Gerry and Dineke have been living in Saskatoon.

Dineke was a loving wife, mother and grandmother, who devoted her life to her family, her church and her community. The Women’s Inter-Church Council of Canada was fortunate to have her as a Council member from 2008 to 2016 when she served as the Presbyterian (Women’s Missionary Society) appointee.

Dineke was very active in the Women’s Missionary Society, both locally and on the national level. She participated in mission awareness trips to Japan, Taiwan, India, Central Europe, Israel, Palestine and Malawi.

When her youngest son was in high school, Dineke fulfilled her dream of a university education. She enrolled as a mature, part-time student in the Department of Religious Studies at the University of Saskatchewan. She obtained her BA degree in 1996 and her MA degree in 2002.

Dineke is survived by her husband Gerry, sons Hendrik (Judith); Feite (Norma); Aart (Vickie); and Klaas (Mary Beth) as well as many grandchildren.