My name is Anica Glavac. I was born in 1932 to a middle-class family in the Yugoslav Republic of Slovenia. We were living on the farm. Also, my father had a flour mill. We did have a small house with two bedrooms and the kitchen. The house was built of clay and straw. No water, no electricity, no bathroom facilities inside. We had a well to access clean water for us and the neighbours. Kerosene for light. I was the 4th of 10 children. 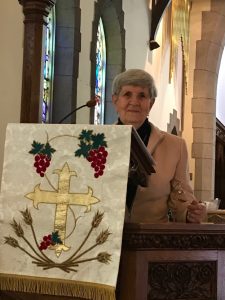 The whole family had one bedroom. We had two single beds against the wall for mom and dad and three siblings. Sleeping facilities for the rest of us was a wooden box. The second bedroom in the house was taken for the homeless. The kitchen had a built-in open pit fireplace, brick and stone. Bread was baked at home in a variety of forms. People simply ate what they produced. Mostly vegetables, Sunday, a small piece of meat. There were also many cereal products: barley, millet and buckwheat and milk.

We had no laundry facilities, and no laundry soap. Mom boiled ash from the wood and washed our clothes in water and rinsed them out in the stream.

It was the law that all children have a grade 8 education. We walked to school. Classes started at 8 in the morning until 12 noon. After school I was helping my mother take care of my younger siblings. My parents and older siblings were working on the farm and in the flour mill.

When I was growing up it was very hard. We had no school supplies, no pencils, no paper, no books. We had blackboards to write on and chalk.

I was 7 years old when I started grade one. In grade two, I was walking home from school and saw people building bunkers. I did not know what was happening until we heard that a plane was crossing the city and plunged in to the river Mura beside my father’s mill. I watched my brother, age 16 and his friend age 17 paddle the boat to rescue the pilot. They boys broke the window of the plane and then the pilot shot two flares in the air for help. He was German. A second plane landed in the field and rescued the pilot. World War two had started. 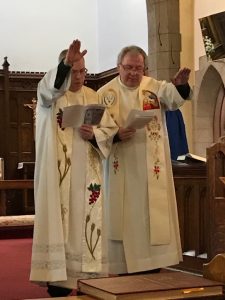 Slovenia was now occupied by the Germans and when we went to school the next day, we saw Hungarian soldiers with machine guns pointed at children “you must speak Hungarian”. My father spoke Hungarian and tried to protect the children at this time. The next day, we were taught by teachers who came from Hungary.

Airplanes flew over the village and people took shelter in the bunkers.

The Germans and Hungarians started mobilizing the men and boys aged 17 to 55 and single girls. Women were left to care for their aging parents and younger children.

It was now a confusing time. The Partisans were protecting the Slovenian people. There were also German, Hungarian, Italian and Russian soldiers. The soldiers all had different rules. The Slovenian people did not know which way to turn.

My father spoke five languages and he became an interpreter for the soldiers.

When I was twelve years old, it was the middle of the winter, I heard sirens. The Russian soldiers spread the news that we needed to evacuate. We had two hours to gather our belongings and leave.

My mother sent me from house to house checking the older people as well as the young children. I was then told by my mother to take my two younger siblings and start walking as far as we could. She said, whoever lets you in to their home for safety – go in. One woman stopped us and said that they already had 25 people in their house but she would make room for us as well. I said, my mother is coming with thehorse and buggy with more people.

In the spring, Russian soldiers moved to Slovenia. We had tanks and ammunition parked on our farm. Across the River Mura it was German territory.

The Partisans and the Russian troops expelled the Germans and the Hungarians out of Slovenia. The war ended on May 9, 1945 and people began to move back home. But, most of the country was destroyed and burnt to the ground. 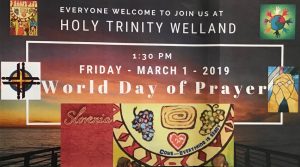 In 1945, Yugoslavia became a republic and the Communist leader was Tito. Tito wanted all people to have access to education. Women were considered equal.

Despite this, many young people were escaping Yugoslavia because of the Communist regime. People emigrated to many different countries such as the United States, Australia and Canada. All for the hope of a better future.

After the war of independence in 1991, Slovenia became a country. It continues to be the wealthiest and most politically open country of the former Yugoslavia. Almost two-thirds of the population is employed. The main industries are motor vehicles, electric and electronic equipment, masonry, wood products, pharmaceuticals, and commodities.

Although I was born in Slovenia, I am also a proud Canadian.

Here is the gentleman who rescued the German pilot, Mr. Donko. 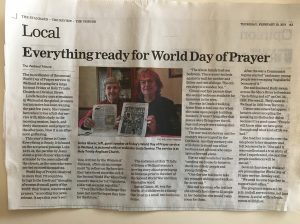