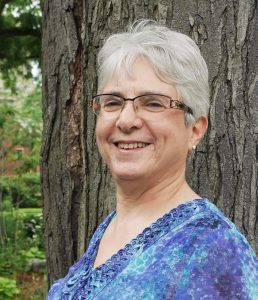 I was extended an invitation to join WICC in order to fill a void in the Council and by doing so, WICC filled a greater void in me.

My journey with WICC began eleven years ago when the term for the only Baptist member was about to be completed. I responded positively to the call, unsure of what I was getting into.  The opportunity to be involved in interdenominational work on a national board that focused on justice was attractive. As a Christ-follower, I longed to be more engaged in addressing injustice in this country and beyond and hoped that being a part of WICC would help me accomplish that goal. I wasn’t disappointed!

When I first joined WICC, we held face-to-face meetings twice a year that usually included an education component that increased our knowledge and awareness of current justice issues. One issue that troubled me then, and continues to trouble me now, is human trafficking. In 2014, I experienced a turning point. That year, WICC hosted a national conference on human trafficking in Winnipeg, MB. Presentations by victims, law enforcement and MP Joy Smith (now retired), compelled me to get more involved in educating and inspiring others to take action. I helped my church organize a prayer conference on human trafficking, started a local organization with others to learn more about the issue in Nova Scotia, and I made several presentations to church groups and at women’s conferences over the years. Because of WICC, more people in Canada are more aware of this threat to the lives of women and young people. Because of WICC, I found I had a voice.

I am so grateful for the inspiration and equipping for action that I found at WICC. It has helped me as a pastor to challenge my own congregation to take injustice more seriously by sharing what I was learning, and how I personally was getting involved. In my experience, social justice has not been a strength of my denomination. WICC has made up for that lack.

Before joining WICC, I had attended World Day of Prayer services but I had no idea of the impact of this worldwide movement. I know so much more now about how unified prayer combined with the practical action of giving financially is changing the lives of women, children and communities here in Canada and around the world.

My life has been enriched by working with many incredible Christian women I have met at WICC over the years. To me, WICC means passionate gifted women serving the Lord and each other, celebrating our differences and our common faith for the benefit of those whose lives are touched by injustice.

I have had the privilege of serving as President of the Board and I tested the Board’s openness and capacity for change. I have been left in awe of all the changes the Board has been willing to make and the technology we have embraced in our pursuit to stay true to our mission and vision.

As I finish my term as Past President this fall, I am filled with so much gratitude and joy for the privilege of working and learning together, and the knowledge that lives have been changed. All of this was made possible when I simply responded with a yes to an invitation to fill a void.