The Fellowship of the Least Coin (FLC) is a worldwide ecumenical movement of prayer for peace and reconciliation. Christian women around the world meet and pray with each other. Through this, they are reminded to live a forgiving life with others. “Least coins” are given with each prayer, yet the movement is focused on prayer and reconciliation rather than money. Anyone who wishes to join makes a commitment to spend time in prayer whenever she has a strained relationship with another person, and to uphold in prayer others who are victims of jealousy, hatred, violence and injustice. 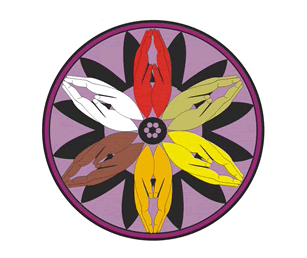 Each time she prays for justice, peace and reconciliation, she sets aside one “least coin” of her currency as a tangible token toward her prayer being answered. These coins are sent regularly to her country’s FLC collection point, where it is forwarded to the FLC Fund. The amount collected by each country is never publicized; only the total sum collected each year is announced. It is important that only the “least coin” of each currency be set aside so that even the poorest women of each country can be a part of this fellowship of love and care.

The idea for the Fellowship of the Least Coin came out of the experience of Shanti Solomon of India. In September 1956, she was part of the Pacific Mission Team of seven women from different countries that traveled in Asian countries after World War II. This tour was organized by Dr. Margaret Shannon of the National Office of Presbyterian women in the U.S. When Shanti Solomon was refused a visa to Korea in the middle of the trip, because Korea did not have diplomatic relations with India, she went to the Philippines to wait. While there, she reflected on the experiences of their travel in the war-torn countries of Asia and the national and economic barriers that kept women apart.

Upon the return of the team, she suggested that prayer could transcend every national boundary. She challenged the Christian women of Asia and of the Presbyterian Church of the U.S. to launch a project of Christian prayer and positive action in which every woman could participate, no matter her economic position. Every time a woman prayed she was to set aside a “least coin” of her currency. It was an encouragement to the women of the team to demonstrate their unity, in Christian faith, regardless of their country or economic circumstances. They all accepted it as a way to express their solidarity with suffering humanity and with women of every nation.

In addition, Fellowship of the Least Coin is a sister organization of the World Day of Prayer.

Click here to get involved and learn how your least coins can help.

The Fellowship of the Least Coin Introduction by Awit Marcelino, ICFLC Past-Chair.

WICC Fellowship of the Least Coin