Valorisation Des Femmes Enfants Non Assistes (AVEVENA) provides women in war torn areas of the DR Congo with literacy and other working skills. Oppressive measures such as rape by militants resulting in children and added other strife have lead to dangerous economic survival choices such as joining militant groups and/or becoming prostitutes. 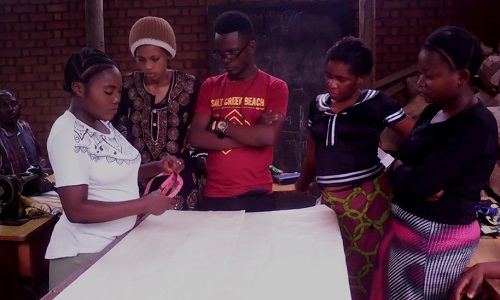 Country: The Democratic Republic of Congo

Horizon for Young Girls at Risk helped 30 young women and girls in Goma Town who were idle because their education ended early either for economic or survival reasons. As well, some were isolated due to divorce or widowship. The program assessed literacy standards, and then taught reading, writing and calculation skills in Swahili. Next, the women and girls were taught how to sew and design clothing to have marketable skills. French had to be learned for the latter in order to decrypt instructions. As these women move up in society, they bring their communities with them. 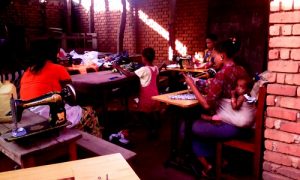 The program also taught empowerment sessions to women and girls about GBV, HIV/AIDS protection, learning their worth and value as women and teaching them to take their rightful place as equals in society.

45% of the girls who benefited from the training section engaged in cutting and sewing workshops, and 50% are organized to create their own sewing workshops. It was noted that there was calm security during project implementation with exception of property looting.