”For surely I know the plans I have for you, says the Lord, plans for your welfare and not for harm,  to give you a future with hope.  Then when you call upon me and come and pray to me, I will hear you”.

When my position as past president, National United Church Women (NUCW) was ending, I was nominated and 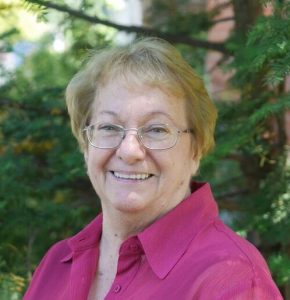 elected as the NUCW appointee to the Women’s Inter-Church Council of Canada (WICC).  What a thrill that was!  This seemed to be a perfect fit as UCW has long been involved with women’s and family issues, both in Canada and beyond.

My first encounter with WICC was through World Day of Prayer (WDP) at my local United church.  We were hosting, and five denominations attended and took active roles.   We learned about a new country – some of their culture, a recipe or two, and we had lots of music and singing, and of course snacks.  It was an afternoon of pure joy and I couldn’t wait to find out which denomination would be hosting the next year.

In my home area on the north shore of Lake Erie, gatherings for WDP are usually hosted at a church. However, in 2019 one gathering was held at the local Canadian Legion.  It was successful!  The facility was totally accessible, there was lots of parking, and the organizers had full use of the kitchen.

Here’s a question I was asked:  Do you think if it storms on the day of WDP in Lindsay, Ontario or Medicine Hat, Alta or anywhere across this country, and the event is canceled, would this affect a grant to women in Angola?   The answer is YES.   Grants can only be offered as WDP offerings are received.  Choosing an alternative snow date in advance seems to be a great idea.

For me, listening and learning with others, and working to “restore hope to women touched by injustice” is humbling and a privilege.  I bid you peace.

9 comments on “My WICC Board Member Story – by Phyllis Buchner”